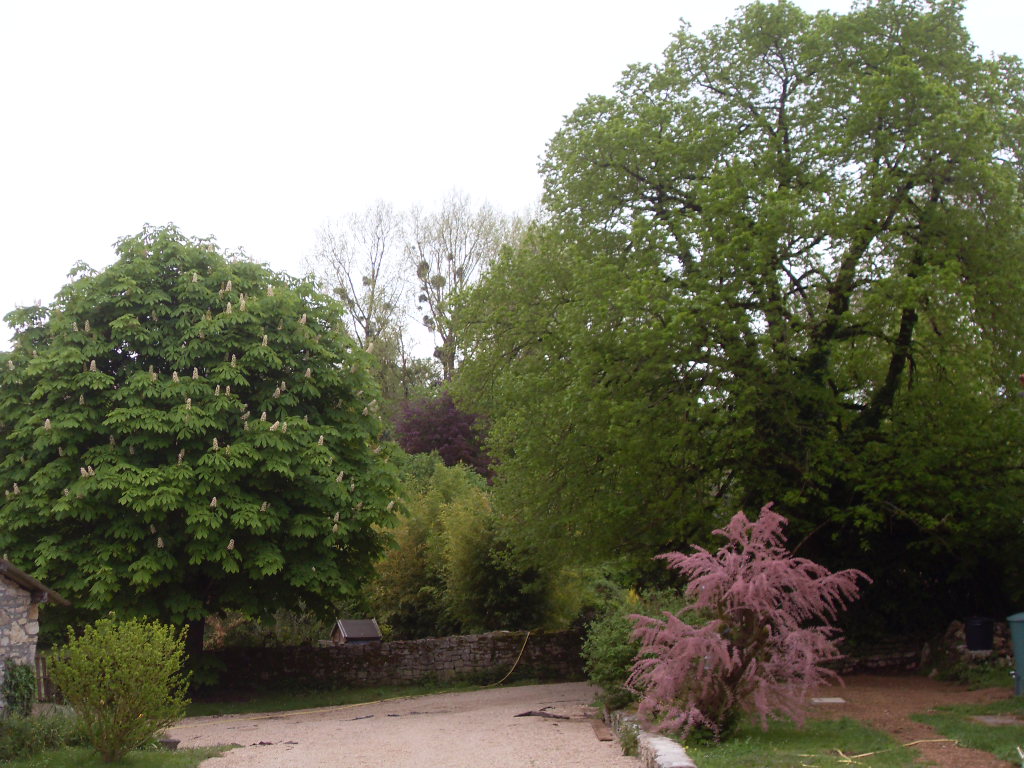 Our little gite complex is called Le Tilleul Gites after the big Lime or Linden Tree that welcomes our guests. Linden trees belong to the Tiliaceae family, hence why, in French, it’s called Le Tilleul. It may look like a difficult word to pronounce but if you say “Tee Earl” it’s near enough!  There are nearly 80 species of trees native to Europe, many of which can be found in our local Arboretum in Melle, Le Chemin de la Découverte. 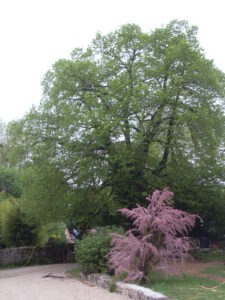 Whilst the tree looks beautiful and majestic in summer, perhaps what’s not so well known is that the Tilleul tree has medical and health benefits too. Since the Middle Ages, the flowers are collected after the spring bloom, dried and preserved. Traditionally, the flowers have been used to treat all kinds of ailments such as flu, migraine, coughs, nasal congestion and diarrhoea. It is suggested that the flowers also have sedative effects and have been used to treat nervousness and high blood pressure and are often added as an ingredient in lotions to relieve itchy skin.  An infusion of the flowers makes a nice tea.  It should be noted that it’s also a cardiotoxic flower so shouldn’t be used by anyone with a history of heart disease.

The linden tree - “Philyra” in Greek - is also the symbol of female strength, beauty, happiness, trust, love, fertility and comfort – this is due to the Greek myth inspired by love.  A sea nymph called Philyra was one of 3000 daughters of Tethys, the goddess of seas and subterranean rivers. Her father was Oceanus, and her brothers were 3000 river gods. For a while, the then ruling upper god Kronos had been trying to seduce Philyra but she didn’t want anything to do with him as he was known for his cruelty. One morning she was lying on her beach enjoying the warm sun when Kronos appeared out of nowhere and overwhelmed her. Suddenly Kronos saw his wife approaching and hoping to not be caught, he took the guise of a stallion. The child conceived was born a centaur named Cheiron – half man, half horse. Philyra was so ashamed that she begged the gods not to have to continue living in human form. They changed her into a beautiful lime tree. Cheiron grew up at the foot of his mother – this lime tree. In her tree form she educated her son with wisdom and the boy grew up to be a wise centaur. Many kings sent their sons to Cheiron for an education where he continued to teach beneath the branches. This is how the lime became the symbol for abundant love and care.

And we like to believe that the ethos of Le Tilleul Gites carries on this tradition – we provide our guests with abundant love and care to ensure that they have a wonderful holiday.

We use cookies on our website to give you the most relevant experience by remembering your preferences and repeat visits. By clicking “Accept All”, you consent to the use of ALL the cookies. However, you may visit "Cookie Settings" to provide a controlled consent.
Cookie SettingsAccept All
Manage consent

This website uses cookies to improve your experience while you navigate through the website. Out of these, the cookies that are categorized as necessary are stored on your browser as they are essential for the working of basic functionalities of the website. We also use third-party cookies that help us analyze and understand how you use this website. These cookies will be stored in your browser only with your consent. You also have the option to opt-out of these cookies. But opting out of some of these cookies may affect your browsing experience.
Necessary Always Enabled
Necessary cookies are absolutely essential for the website to function properly. This category only includes cookies that ensures basic functionalities and security features of the website. These cookies do not store any personal information.
Non-necessary
Any cookies that may not be particularly necessary for the website to function and is used specifically to collect user personal data via analytics, ads, other embedded contents are termed as non-necessary cookies. It is mandatory to procure user consent prior to running these cookies on your website.
SAVE & ACCEPT